PEOPLE: Autism is not a Contagious Desease

As I was browsing my twitter account, I suddenly bumped into this piece of sh*t.
Whoever you are, please think again what are the words you have written. This is very offensive and bullying. You are threatening someone's life! Walang muwang bata, papatulan, tsk tsk... You are also a mother, paano kaya kung baligtad kayo ng pwesto??? 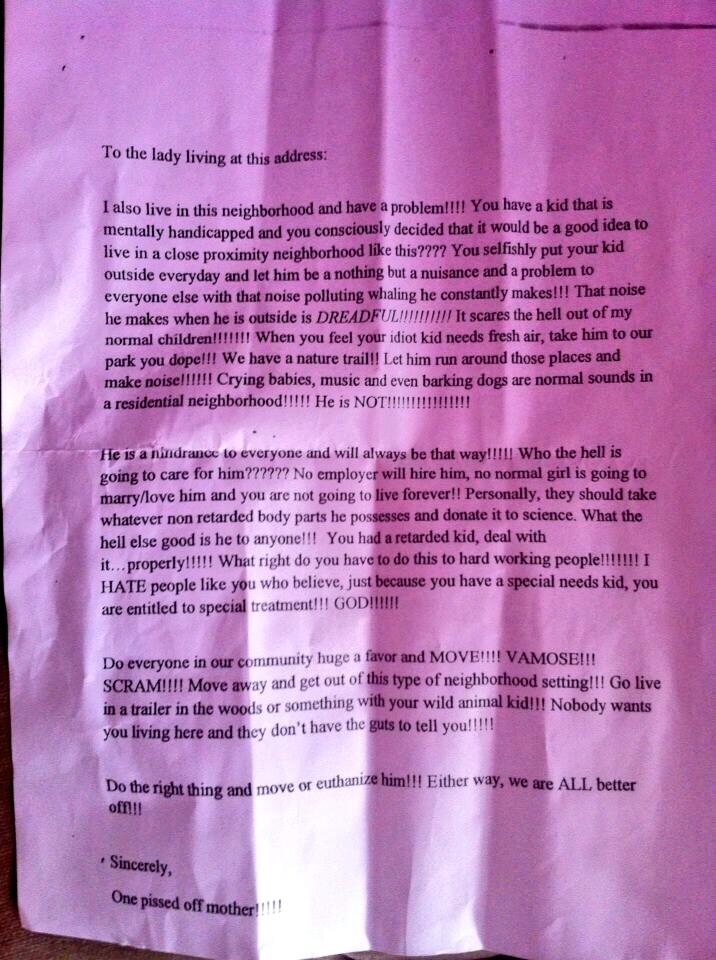 Ontario police are aware of a disgusting letter that apparently sent to a woman caring for an autistic child by a woman neighbour who wanted the "wild animal kid" out of her neighbourhood, even if it meant killing the child.


The hateful letter was reportedly sent last week to a resident of Newcastle, Ont., just west of Toronto, who hosts her 13-year-old grandson, Max, during summer days. Mother Karley Begley spoke with CityNews and broke down in tears as she tried to read the letter.

The letter was re-posted on Twitter by Lennon and Maisy, a young Ontario singing duo who also star on ABC's Nashville.

Email ThisBlogThis!Share to TwitterShare to FacebookShare to Pinterest
Labels: people 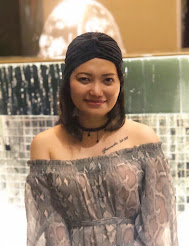